What could be better than leisurely biking through the picturesque New York City streets? Biking while dressed head-to-toe in pieces from 3.1 Phillip Lim‘s F/W 2011 collection. San Francisco-based photographer and filmmaker Andrew Paynter collaborates once again with the designer on a lookbook video that supremely embodies the spirit of the Phillip Lim woman: brave, independent, and impeccably dressed. Models Karlijn, Xiao Wen Ju, and Kasia Wrobel, casting by Daniel Peddle Casting, pedal through the city with glamour and ease to showcase the wearability of the entire collection. Bicycles may very well be the must-have accessory for fall! Click here to view the film.

Kristina Salinovic transforms for the aptly titled Evanescent Metamorphoses, the newest film from Karl Lagerfeld showcasing the Chanel Fall-Winter 2011/12 Pre-collection. In this latest installment, the gender lines are blurred as Salinovic moves from her signature androgynous state toward a more feminine version of herself, all the while draped in Lagerfeld’s sumptuous creations. The dream-like quality of the film is the perfect setting for a wardrobe composed entirely of Chanel. Click here to view the film. (reviews by Lynley Flanagan)http://chanel-news.chanel.com/en/by-karl/evanescent-metamorphoses-by-karl-lagerfeld/ 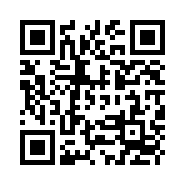