Jacobs and Nars will team up on exclusive items for the new shop -- WWD reports that Nars is thinking about fingerless Marc Jacobs gloves to match Nars nail polish colors.

This store is the first of about 10 set to debut in the next five years, with planned cities including London, Paris, Shanghai and L.A. Nars is also working on a landscape and photo book on Tahiti (he owns an island in Bora Bora), which is tentatively launching Spring 2012, and future plans also include a Nars fragrance, as well as relaunching skin care next year. Not bad for a guy who started his line with 12 lipsticks at Barneys in 1994.

Referring to the blush that made him legendary, with its unforgettable moniker -- Orgasm -- Nars tells WWD: "Sex sells, no matter what. I don't ask myself too many questions about whether something is too shocking. We've been copied a lot, so I guess it worked. And who doesn't want to have an orgasm? It's a beautiful thing."
So is looking your best. "I feel that makeup is also such an incredible, sexy accessory," Nars tells WWD. "You know, women put on makeup to flirt and to really attract men." 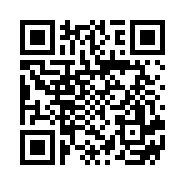