The year 2011 is set to be a colourful one: We take a look at the hot trends happening on and off the catwalk that you need to know about now. 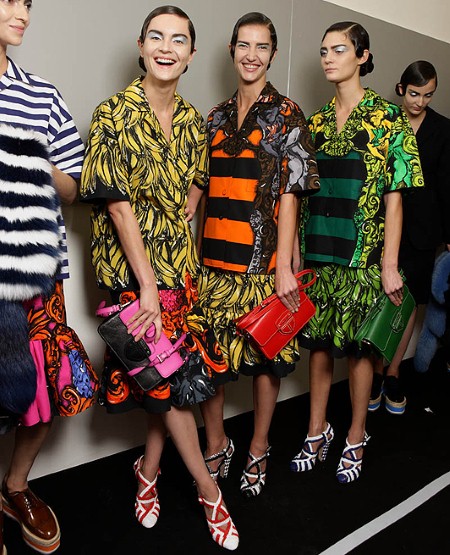 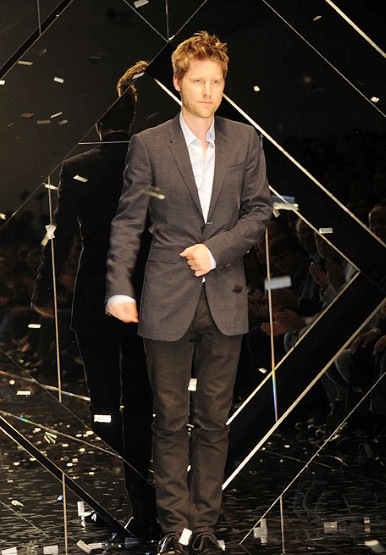 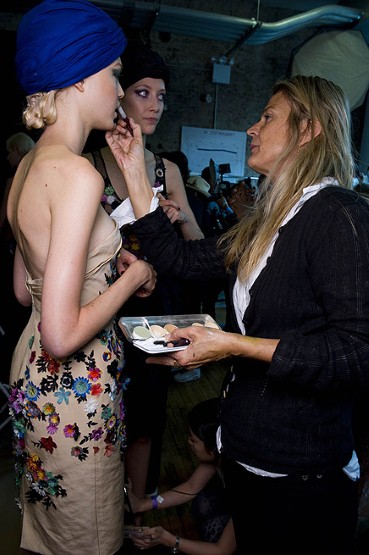 Black Swan: where film and ballet meet high fashion We'll be running for a front-row seat at our local cinema come January 21, as Darren Aronofsky's horror-tinged ballet thriller, 'Black Swan', hits the UK. The film not only stars Natalie Portman as a troubled but brilliant prima ballerina, but is peppered with over 40 theatrical costumes created by sisters Laura and Kate Mulleavy, the design duo behind the 'demi-couture' label Rodarte. It was Portman, who is a big fan of Rodarte designs, that introduced the Mulleavy sisters to Aronofsky. Most of the costumes (sketch pictured) appear onstage in performances of Swan Lake, and we're certain that Black Swan is going to be one of the most stylish films of 2011.Costume designs from 'Black Swan' in pictures

The rise of menswear Mr Porter, the much-anticipated 'shopping brother' to the women's luxury haven that is Net-A-Porter.com, launches in February. The first global online style destination for men, it will house a well-edited selection of the world's leading menswear brands such as Burberry (whose chief creative officer, Christopher Bailey, is pictured), Ralph Lauren, Gucci and Bottega Veneta as well as niche specialist brands such as E. Tautz, Lock & Co and Swayne Adeney Brigg, covering ready-to-wear, shoes and accessories. With coveted French labels such as The Kooples and Sandro recently branching out in the UK too, 2011 will be the year when men prepare to shop until they drop.The Kooples come to the UK

Must-see TV: The Model Agency Coming soon to Channel 4 is a seven-part documentary called The Model Agency, which offers unprecedented access to the world of modelling by going behind the scenes at Premier Model Management agency in London. Watch founder Carole White and her team in their pursuit of perfection, as bookers, scouts, assistants to the models, designers and photographers pass through the agency's doors. The series follows the team during the adrenalin-fuelled Fashion Weeks in New York, Milan, Paris and London, covering the action in the office to the dramas at the fittings and the catwalks. Should make for some compelling and insightful viewing

Honeysuckle: the 'Pantone' colour of the year Lovers of black beware, the year 2011 is set to be a colourful one. Pantone, the worldwide authority on colour, announced that the colour of the year for 2011 is honeysuckle. The reddish-pink hue is "a captivating, stimulating colour that gets the adrenalin going", explains Pantone Colour Institute's Executive Director Leatrice Eiseman.

A quick skim through the spring/summer 2011 shows that indeed, the girlie shade was sprinkled throughout collections by Lanvin (pictured), Marc Jacobs, Donna Karan and Marni.Honeysuckle on the catwalk for 2011

The new model army: Asian models In terms of fashion economics, it's all about Asia. The fashion industry on the whole has turned to the emerging global markets to project its future, and in doing so, an 'army' of Asian models has emerged, a group of which are regularly booked for major shows and are starting to pick up major ad campaigns.Names to watch for next season include 20 year-old, Shanghai-born Shu Pei Qin (left), who was snapped up for shows such as Chloé, Chanel and Louis Vuitton for the spring/summer 2011 collections, and 22 year-old Chinese-born Liu Wen, who is one of the 'faces' of Estée Lauder and walked in a staggering 46 spring/summer 2011 catwalk shows.

How about offsetting some honeysuckle with a dash of neon? One of London Fashion Week's brightest talents, Christopher Kane, used a palette of neon as the base of his entire spring/summer 2011 collection (pictured). Fluorescent orange mixed with yellow and pink made it one of the most visually stimulating shows of the season. Throw into the mix some peppering of neon courtesy of Miuccia Prada over at Miu Miu (which also translates on to the covetable handbag collection) and it begins to dawn on us that this isn't some flash-in-the-pan trend.In pictures: Christopher Kane spring/summer 2011

A summer dressed like it's the Seventies Marc Jacobs is arguably one of the most influential designers on the planet. So whatever he sends down the catwalk, the rest of us usually wear some variation of it six months later. So dust off your platforms and get in shape; the Seventies are here....
At least they will be come late spring 2011. Jacobs played with hot colour combinations of purple, pink, orange and honeysuckle in the collection for his eponymous label, as models wore all-in-one's and retro-print dresses, accessorised with giant, silk hibiscus and orchid flowers in their hair. In pictures: Marc Jacobs spring/summer 2011 New York Fashion Week: Marc Jacobs spring/summer 2011

Wallis Simpson, the life and memory (and exquisite fashion) brought to life by Madonna She was the American socialite who married into the British monarchy, the woman who coined the infamous phrase 'You can never be too rich or too thin', and whose extensive fine jewellery collection has fetched more than £39 million at auction.And now, a historical biopic about the life of Wallis Simpson, called W.E, is being directed by Madonna. Andrea Riseborough, best known for playing former Prime Minister Margaret Thatcher in BBC drama The Long Walk to Finchley, will play Simpson, who died in 1986.

Expect a thorough dissection of the fabulous costumes and bling-tastic jewels and accessories that will feature in the film.Jewels owned by Wallis Simpson up for auction

Carnival time! Bold prints at Prada We warned you that 2011 was going to be colourful, and the trendsetting status of Prada only confirms this. The carnival-inspired spring/summer collection by Miuccia Prada was one of her most playful for a long time. Boldly coloured prints featuring thick stripes, banana and monkey motifs channelled a vibrant, Latin American spirit. No doubt the high street will be quick to get in on the act too. Start practising your look by throwing together a melange of as many differing, brightly coloured prints as you can get your hands on...In pictures: Prada spring/summer 2011 Show report: Prada spring/summer 2011

Tom Ford mania There were audible sighs of relief and pleasure when Tom Ford announced he would be holding a show to debut his womenswear collection during New York Fashion Week in September 2010. After six-year absence from the world of womenswear, we predict that Mr. Ford will be everywhere come 2011. We'll be window-shopping his sought-after collection (which was modelled by Beyoncé, Julianne Moore, Lauren Hutton and Daphne Guinness and Julia Restoin Roitfeld, pictured, to name but a few). And expect a frenzy at February fashion week for Tom Ford womenswear part deux... Tom Ford's fashion comeback Julia Restoin Roitfeld models Tom Ford's debut womenswear collection 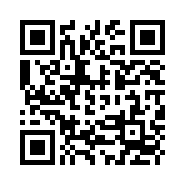