Spotted: New York City's next beauty destination, conveniently nestled in between some of the most exclusive names in fashion.

Nars has confirmed the location and opening date of their flagship store -- which WWD originally reported was slated for November -- as 413 Bleecker Street, in the West Village next t-shirt maven James Perse's boutique and a stones throw away from Marc Jacobs. Only, we'll have to wait a bit longer for our makeup mother ship; the store will open its doors "sometime during Spring 2011."

Aside from all the your favorites (we're suckers for The Multiple in South Beach and Lip Gloss in Scandal), there will also be a "range of exclusive items."

We can't wait to see what that means.

In the meantime, check out the brand's super-exclusive holiday offering, Nars Bento Box. Only 1000 are allocated for US purchase! 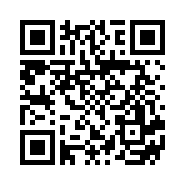