Yesterday, just like he did for Fall 2009, Gareth Pugh surprised press and retailers with a film in place of a runway show. Pugh, who collaborated again with Ruth Hogben on the 11-minute film featuring Kristen McMenamy, said that he was searching for a runway alternative because: “With a show, a lot rides on that very small amount of time and the whole thing comes down to image. If a model trips or has a problem with shoes, that is the thing that endures. It is liberating for a designer not to have to worry about a show. You can get the models to be even more expressive and do it all in a more concise way.”

Suzy Menkes notes that "the feeling persists that backing off from a runway show is a cop-out or a sign of weakness." Pugh says he is aware of "the perception . . . that people aren’t willing to accept something else [besides a runway show],” and distributed a lookbook of the clothes at the end of the presentation as “a way not to scare people off."

The lack in ability to see the clothes at the presentation was a complaint from a number of attendees, however. WWD wrote: "The film wasn’t really a presentation of Pugh’s clothes, but a presentation of his presentation . . . The imagery was heavily manipulated, so judgment on the clothes was withheld until the classic runway shots arrived, showing what looked like a great collection with a lot to offer commercially." The Los Angeles Times's Booth Moore Tweeted: "Why do we watch runway shows live? Because you can't see the clothes on film. Sorry Gareth, that didn't cut it." The International Herald Tribune's Jessica Michault Tweeted: "Is it just me or did that Gareth Pugh video look just like the last one he did a year ago?" And the Wall Street Journal's Christina Binkley Tweeted: Gareth pugh is a film. Beyond art house. Can't see much of the clothes, but it's sterile and dark."

Style.com's Tim Blanks didn't seem to mind the format, however: "What Hogben's film highlighted was the fluidity and movement inherent in Pugh's clothing. A runway could never have done that—nor could the lookbook images that were circulated after the screening 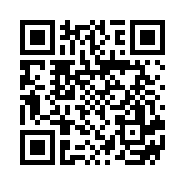