When Karl Lagerfeld began taking an interest in photography, towards the end of the 1980s, he seemed to link, from the start, his artistic work as a fashion designer to his new passion. His images are very personal, even when they are ‘produced’ for the press or for advertising. They are intimate and show a specific taste for some exposure and printing techniques which have the ability to translate his particular vision of reality.

[more]
Exposure and printing
Depending on his needs, Karl Lagerfeld uses black and white or small format color film, 6 x 6 reversal film, Polaroids and more recently, digital cameras. In the first case, black and white prints are always completely matte with a highly graphic finish, which gives solid blacks and strong tone contrasts. The rich density of prints is somewhat reminiscent of fabric falling in luminous waves. In other cases, the point of view may be very classical and is reminiscent of historical viewpoints, such as the series on Versailles, which in some images may even conjure up memories of points of view by Eugène Atget at the turn of the last century. The silver gelatin papers used here have deep tones which vary according to the development and printing method.
Conventional prints or color transfers, when turned to sepia, give images an almost pictorial coloring, as is the case in the ‘Homage to Oskar Schlemmer’ series. This aspect is highlighted by the blur of the subject in motion and the light which emanates from the warm tones obtained by the chemical sulfide baths. The silver grain transformed into silver sulfide is also particularly stable and should be capable of resisting extreme conservation conditions. Other series, printed on matte aluminum plates, have a cold and metallic aspect which gives these objects an even more pronounced graphic quality and full tones which provide a particular contrast between the shadows and high lights.

Polaroid transfers
From the 1990s onwards, Karl Lagerfeld became interested in the specific material obtained by the transfer onto paper from an emulsion with instantaneous development, black and white toned in sepia or not, or in color.
In order to do this, he used a 20 x 25 camera. The gelatin emulsion with the positive image is separated with hot water then transferred onto a paper with Arches watercolor grain. With this technique, the delicacy of the tones obtained gives a highly pictorial material and great lightness to the image. Lagerfeld accentuated this effect on a number of prints by manually applying make-up to the prints’ surface using eye shadow or by wiping dry pigments.

Resinotypes
Inherited from photographic processes with alkali bichromate which led Alphonse Poitevin to being awarded the Duke of Luynes award for finding stable processes, resinotypes, or resinopigmentypes, were explored by Karl Lagerfeld in 1996-1997. Starting with a 6 x 6 color slide, he obtained a pigmented print whose principle is based on the light hardening of layers of bichromate gelatin. Pigments added with a paintbrush at the surface of the print are heated to be set. This process, which requires significant manual interventions, also enables great freedom in producing the colored surface.

Fresson prints
Another pigment process, commercialized by the Fresson family in the 1950s, enabled Lagerfeld to print soft-toned four-color prints, whose image produces a strong pictorial effect, in the same way as that obtained by the Pictorialists at the start of the twentieth century.
His images were printed from 6 x 6 color slides and were never re-framed.

Screen prints
The principle for this photo-mechanical process, which gives images a characteristic appearance, relies on a silver matrix. The image is exposed above a printing screen which retains ink like a stencil. The medium is either silver or gold, or a simple Arches paper in a standard format.

Digital prints
At the end of the 1990s, Karl Lagerfeld experimented with new techniques in his laboratory in studio 7L. Now, starting from digital prints, he had prints made in the Fine Art type, with pigment ink jet, on various media (canvas, crystal paper textured, pure cotton Arches or Hahnemühle paper) which enables the surface and material effects to be varied at will.
Driven by his curiosity and taste for visual experiences as well as for the imaging of his sensitive intuitions, Karl Lagerfeld has been able to adapt the new technical possibilities of photography to his own research, in particular focused around coloring, make-up, bodies and faces. A fashion designer, he graphically transcribes through photography his feeling for landscapes, portraits and nudes. To this end, he always chooses media whose sensitivity to light meets a certain sensuality and plays with a wide range of processes as well as with significantly sophisticated methods.
The time period for his photographic work, from 1987 to now, has seen many significant changes in exposure and printing. Karl Lagerfeld has relied on this change but also on the parallel development of an alternative film photography which, as with haute couture, is capable in terms of image of highlighting the manual aspect and craftsmanship of printing, which in turn transforms the image into a unique piece. 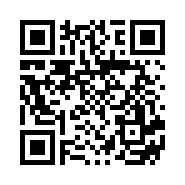