『It is!,』 the designer told us when we asked her at the DVF + HP Experience Lounge, a digitally-enhanced space nestled next to the Diane von Furstenberg Studio in New York City‘s trendy Meatpacking District, where the online glitteratti had gathered to watch a live stream of her catwalk.

『At some point in the creative process we pulled the picture,』 which Warhol created in the 70s year, silk-screened from a Polaroid of her that he’d snapped previously. 『I was young in the 70s and all these clothes remind me of my youth,』 said von Furstenberg of the parallel between the lips and the clothing at her collection.

Makeup artist James Kaliardos, who created the look for MAC Cosmetics, described it as 『popping pink-orchid-fuchsia pigment meant to look like a Warhol silk-screened lip. It’s a symbol of femininity.』 And he was not exaggerating. The lips jumped off the skin like they were 3D, just like they do in Warhol’s painting.

Von Furstenberg’s favorite way to get a look like this herself? Cheek stain. It’s her go-to beauty item. 『I have one cheek stain and I use it on my lips as well,』 she added.

But that wasn’t the only Warhol reference at Fashion week.

At Victoria Bechham Dresses, Beckham and makeup artist Charlotte Tilbury for Lancome were inspired by Warhol’s bright portraits of Marilyn Monroe and Elizabeth Taylor. The result eye-opening makeup, which featured the layering of purple eye shadows and a strong liquid line with an exaggerated version of Monroe’s trademark flick at the outer corners. 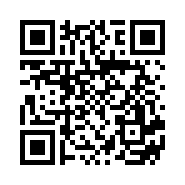