Jac Jagaciak joins the one and only Tom Ford for a special feature in Interview by Craig McDean. Shot at Los Angeles’ trendy Cicada Restaurant and featuring Ford’s acclaimed S/S collection, the images round out Interview’s beautiful Ford cover story. The cut out effect makes for an interesting collage of pictures, but even with the unique layout the clothes remain the focus.

Thomas Penfound astounds on the cover of DANSK‘s latest issue. Drawing inspiration from androgynous icon Annie Lennox’s hit Missionary Man, Aitken Jolly and Anders Solvsten Thomsen transform Thomas into a flame haired beauty. This is the 25th issue of DANSK and the overarching theme is ‘towards uncharted territory’ an idea echoed throughout the content. Inside you’ll also find a few surprising images of Baptiste Giabiconi by Bojana Tatarska and styled by Morgan Hamada Ruiz, as well as this thought provoking quote.

“One day I went up to Karl and said: ‘Why me? What is it you see in me? Why do you only work with me?’ And he told me it’s because he sees something in me that he doesn’t see in other people, something in the way I carry myself. Karl said: ‘I see both a man and a woman in you at the same time.’” - Baptiste Giabiconi 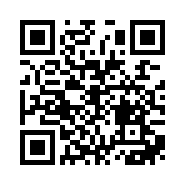