Marc Jacobs took a retro romp through the Twenties and Thirties for his pre-fall collection for Louis Vuitton.

Rei Kawakubo on the Record

The mind behind Comme des Garçons is one of fashion’s most influential and reclusive figures.
Posted January 4, 2011

On the Dark Side

Actor Paul Wesley, who plays the bloodthirsty Stefan Salvatore on 『The Vampire Diaries,』 was more than game to test-drive the best of spring’s dark trenchcoats on a cold afternoon.

Start getting used to this look, because slim pants and a chic yet simple shirt are emerging as pre-fall’s minimalist uniform.

When it comes to furs, this is a moment when anything goes. Layering them is a luxurious and quirky way to brave winter’s chill.

The royal-to-be is the latest in a long line of celebrities to don Daniella Helayel’s British label.

Christophe Lemaire Readies for the Big Time at Hermès

The designer presents his first collection for the venerable luxury house in May.

Designers have dreamt up a bounty of beautiful evening looks for pre-fall. 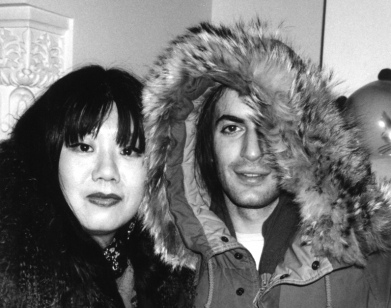 The social lives of iconic fashion designers often involve relationships with pop stars, photographers, and supermodels—relationships which usually manifest after the designer has made it to the top of the industry. But Anna Sui’s close bonds with the likes of Madonna, Steven Meisel, Linda Evangelista, and Naomi Campbell existed long before she ever sent a dress down the runway—which she finally did in 1991, thanks in part to the encouragement of the four aforementioned figures.

Sui, who was born in Detroit, Michigan, and came to New York to study fashion at Parsons, lives and breathes the spirit of the rebellious young bohemia reflected in her designs. While making the rounds of the downtown music scene of the early 1980s, she dreamed of dressing rock musicians, and created bright, flirtatious, defiantly urban pieces out of her Chelsea apartment. But it wasn’t until she gathered up the fortitude to take her vision to the runways that an eclectic mix of vintage and rock reworked for contemporary provocation helped define the style of the 1990s. Sui isn’t afraid to tap far-out (or historically far-off) sources for inspiration—cowboys, early 20th-century French fashion illustrations, Kurt Cobain, cheerleaders—or create unorthodox blends of materials. Now, she celebrates the 20th anniversary of her first runway show with Anna Sui, a visual fashion memoir from Chronicle Books that details the thoughts and struts of every season, with an introduction by her pal Meisel and a preface by Jack White. Here, Sui speaks with her longtime friend Lisa Marie Presley about her journey from fashion’s audience to its main stage, and the hard-rock spirit that’s sewn into her clothes.

LISA MARIE PRESLEY: We’ve known each other forever. I was trying to remember this morning how long it’s been. I know I’ve been wearing your clothes since the early ’90s. As fate would have it, I ended up wearing your suit on the cover of Vogue [April 1996].

SUI: I remember that. Steven [Meisel] was so excited about doing your picture. I had no idea they were going to use my clothes.

PRESLEY: Back then, our paths kept harmonizing in the world but they hadn’t quite crossed. Then a few years later, we actually became friends.

SUI: I started going out to L.A. a lot, and we had mutual friends out there, so we started seeing each other socially—we went shopping together.

PRESLEY: We became friends because of the Ramones! Linda [Cummings] and Johnny [Ramone] became my best friends, and you were already best friends with Linda. You are such a music fan and have such roots in the music scene. Music was a big influence on your style, right?

SUI: Definitely. When I started my own business, my main reason for designing clothes was that I wanted to dress rock stars and the people who went to rock concerts. It didn’t go beyond that aspiration at that point.

PRESLEY: You were part of the CBGB’s scene.

SUI: Yeah, and the whole punk scene. I wanted to be a designer since I was a kid, and I was always attracted to the way rock stars dressed and the way their girlfriends dressed. I always thought that they were the most interesting people.

PRESLEY: Lots of designers use music as inspiration here and there, but what sets you apart is that rock has remained a consistent inspiration for you.

SUI: When I am designing, I make a selection of music that will be the inspiration behind the whole collection. For the collection I’m working on now, I’ve been listening to Exile on Main Street [Rolling Stones, 1972] and some Southern California rock from the ’70s, like Buffalo Springfield and Crosby, Stills & Nash— all that Laurel Canyon kind of influence. You will be able to see how that comes through in my collection. I found these incredible pictures of Joni Mitchell in her house. I have all these pictures on my wall, and usually when I’m sketching on my own on weekends, I will be blasting that music—it becomes a journey I take in my brain to transfer that sound to the clothing.

PRESLEY: A few years ago, I bought these big, incredible coats that you made that were very ’60s-inspired with suede and lots of fur around the collar. I brought them to England with me when I moved because I was so excited that I could finally wear them.

SUI: I made those about 10 years ago. They were kind of heavy, so you couldn’t have found a reason to wear them much when you were living in California. It doesn’t get cold enough. But now you’ve got the perfect weather in London.

PRESLEY: I bring those coats up because I’m trying to inspire you to get more into that crazy ’60s fur that I love for an upcoming season. There’s nothing else out there as cool as what you’re doing.

SUI: I remember we drove this poor manufacturer crazy when we asked him to dye the fur so many crazy colors. He thought I was insane. I guess I like to push it beyond where most people will go.

PRESLEY: That’s what attracts most of your rock-star clientele.

SUI: It’s always so exciting when we get a call from bands asking for clothes. One of the most exciting moments I can remember was in 1997 when Marilyn Manson called and wanted something for the MTV Video Music Awards. He got so inspired by looking at the archives, he wore chaps like Naomi [Campbell] did in fall ’92. It was pretty funny.

PRESLEY: Actually I became friends with him at a party for you. I think people come to you because it isn’t attempted rock and roll. It’s the real thing. You also are big into vintage, aren’t you?

SUI: I love history. I love art. I like to mix it all together, but in the end it somehow has to all make sense. I mean I love ’60s psychedelic posters, but those were originally inspired by the whole Art Nouveau movement. So it’s important for me when I see something I like to go back and find out where it really came from. That’s also a way of educating myself and understanding what I love.

PRESLEY: Clearly you have a great love for 1960s rock and musicians like Jimi Hendrix and Jim Morrison in their prime.

SUI: Yes, after that, with punk and then grunge, the clothes got much more casual. I just love the way the ’60s rock stars put themselves together, because they were like dandies and peacocks. They really lived out their fantasies—and dressed their fantasies.

PRESLEY: I was looking through the book that’s coming out that celebrates your nearly 20 years of runway shows, and you’ve worked with so many fascinating people—models, actors, and photographers. Who are some of the most memorable to you?

SUI: I’m so excited that Steven did the introduction. And I love Jack White’s music. Do you remember when we went to visit him backstage when he played in New York City in September 2008?

PRESLEY: I do. I was very, very pregnant with the twins. And you were taking me to a rock concert [both laugh]. I remember saying, “This is not the time for me to meet Jack White, but I’ll go.”

SUI: There have been a lot of other big highlights, too, like meeting Anita Pallenberg. She was one of the influences behind the whole look of the Stones. You can understand why she was such an inspiration and remains one today. And in terms of who has been really exciting to dress, that goes back to the supermodels. That was challenging for me, because here I was with this little company trying to do my first fashion show, and I have to dress all of these supermodels. They have such strong personalities and such a command of the runway. It was kind of scary, because they would come in and look at my Polaroid board and say, “I want this, this, and this to wear.” They knew exactly what they wanted. Nowadays, the models come in and wear whatever you put them in. And over the years, we’ve had a lot of exciting people come to the show. I remember one show when Iggy Pop and Jim Jarmusch both came. And another when Ronald McDonald came . . . [both laugh]. That’s a crazy story.

Lisa Marie Presley is a singer-songwriter, philanthropist, and mother of four. She lives in London with her husband and twin daughters. 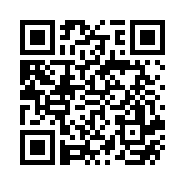