Laetitia Casta takes on the role of Mae West for Harper’s Bazaar in a special editorial by Jean Paul Goude; the tongue in cheek tale follows Laetitia as she reenacts many of Mae’s classic moments. Known for her bawdy humor and come-hither attire, West was the perfect muse for the sexy story which features a slew of over the top couture pieces. It doesn’t get more lavish than Laetitia acting as tiger trainer in head to toe Dior.

The famous German cosmetic brand ARTDECO turns 25 this year and celebrates its anniversary by offering a 25% discount on the normal price to their best-selling items as well as new products. All the products included in this promotion will be marked with the red 25%- discount button.

The Beauty Box Magnum has been enlarged specially for the anniversary occasion and includes several extra colors and a special compartment for holding lipstick. The price is $14.06 or 11.10 Eur (color items are sold separately).

The new promotion will be available until 31 August 2010

Think of uber-style icon Daphne Guinness and the image that springs to mind is that glorious lightning bolt of silver in her jet black hair. The die-hard glamazon recently told the Huffington Post that she first adopted her two-tone look at school. ‘I was about 14, at school, and it was an experiment with peroxide that I disguised as a science project. You know, "I wonder what happens when you put peroxide on hair?"’

According to Daphne, over the years ‘the spectrum just became more extreme until it became a force unto its own with dark and light, which is exactly what happened to my wardrobe as well,’ says the designer muse/heiress/journalist/perfumier, whose signature style is couture looks in a monochrome palette to match her hair.

So imagine our surprise to find that Daphne has ditched her streak! She appeared over the weekend at the Miami Art Basel party with uniformly jet black hair. Many party-goers didn’t even recognise the socialite (even after she dived in the pool fully clad in couture and diamonds). Admittedly, this isn’t the first time the cooler Cruella has taken a break from two-tone; in 2007 she was just another bland blonde.

And here is the first image of Guinness starring in the spring 2010 campaign for Akris handbags, which has been shot by Steven Klein. She's photographed modelling Akris’s ready to wear in the ads, which also spotlight Akris’s trapezoid-shaped Ai handbags and its Amata clutch.

‘Daphne is a beautiful and intriguing woman, a fashion icon in her own right,’ Akris designer Albert Kriemler said I have seen her photographed by Steven before. She emanates a sense of mystery and aristocracy – there is more to the picture than meets the eye.I trusted Steven; this would be more than a campaign for us but rather an artistic collaboration. 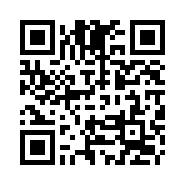